Menu
Account
Black Friday Sale: Save 10% with the code BLACK10 | Ends in
Subscribe to our newsletter now and save 10%

Our heart beats for sports.

That is why we have made it our mission to support regional clubs.

"Who run the world? Girls!" - Relaxdays is the new sponsor of the DSC Volleyball Ladies

Relaxdays is currently expanding its Dresden location with the new 1000 sqm office space and wants to give something back to the region. The DSC volleyball players were immediately struck by the idea: after a visit to a match last season, it became clear that Relaxdays shares many values with DSC. A feeling of solidarity quickly developed. The sports club focuses a lot on performance and the promotion of young talent, just like Relaxdays. In addition, there is a great team structure, as well as drive, passion and enthusiasm, which are also important values for Relaxdays. The parallels were convincing, so the decision was made: we want to support this club! 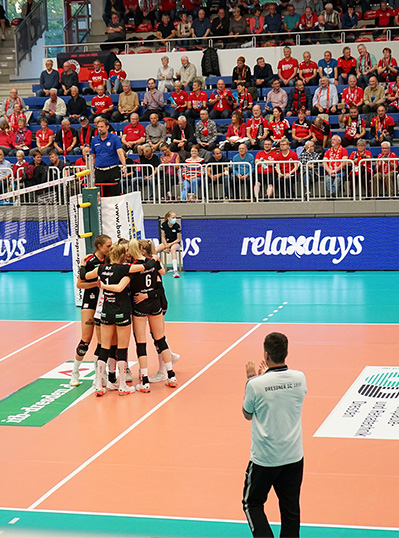 A new jersey for the DHfK Leipzig team 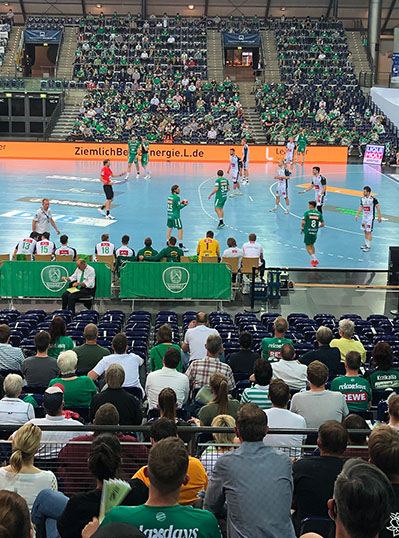 Here at Relaxdays GmbH, we began partnering with SC DHfK Leipzig over six years ago. Then, about a year ago, we decided to take the partnership to the next level: Relaxdays is now the official jersey sponsor of the Leipzig team and is championing its regional roots. The first division team now has the Relaxdays logo on the back of its shirts.
And if you take a closer look, you can see further parallels between our e-commerce business and the handball club. We have a few things in common, including motivation, hard work and passion for what we do. The DHfK Managing Director Karsten Günther and his team grappled their way to the top over the past few years to play amongst the best in the first division. Similarly, our CEO Martin Menz made his dreams come true in 2006 when he set up Relaxdays GmbH. The company now employs over 400 people and retails over 20,000 products to satisfied customers. We share the same values and experiences, which is why we are proud to be a part of the DHfK family.

The Halle-Leipzig-Dresden regions are moving closer together.

Perseverance and professionalism are the key to success

A willingness to learn, hard work and motivation are essential for long-term growth

Here you can allow or deny tracking and analysis tools on our websites.

We use this information to improve the performance of our websites and services and to perform business-related analyses of the shopping experience with our apps and websites.

Marketing services are used to be able to display advertising to relevant target groups. With your consent, these services can set their own cookies. However, if you do not give a service this permission, no cookie can be set by it.

Based on your interactions with the site, your shopping habits and the brands you prefer, we can show you personalised content.

We use this information to provide additional features that improve your shopping experience and to prevent bugs.

The information collected through these services is used to ensure the technical performance of the website, to provide you with basic shopping features, to make shopping with us safe and secure and to prevent fraud. Always on.

We tailor everything here to you

Relaxdays - english uses cookies and other technologies to keep our sites reliable and secure, to keep their performance on screen and to show you relevant content and personalised advertising. To make this work, we collect information about our users and how they use our services on which devices.

If you say All right , you agree and allow us to pass on this data to third parties, such as our marketing partners. This may include processing your data in the USA. If you like to disagree , we limit ourselves to the essential cookies and you have to live with the fact that our content is not tailored to you. You can find more details and all options in the Settings . You can also change them later at any time. You can find more information in our Privacy policy.